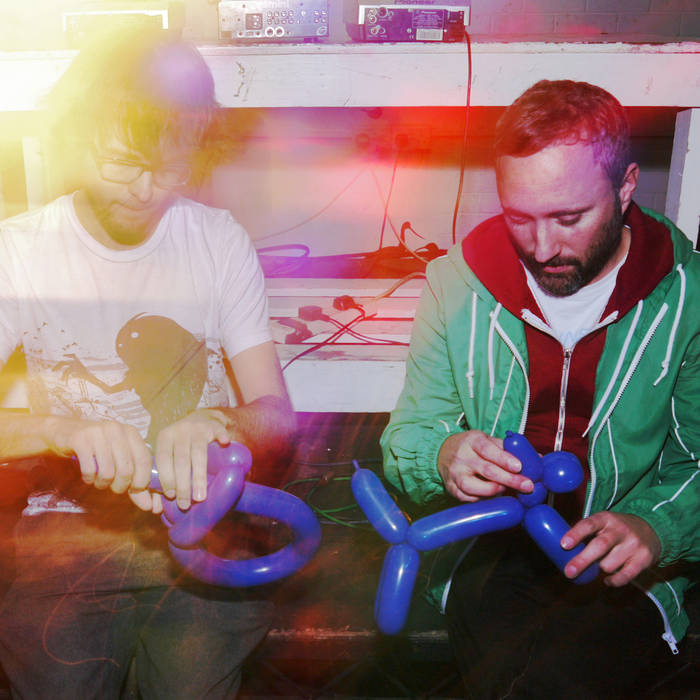 We Are Dark Clouds

"Fiercely danceable astral-gazing house-influenced duo tear up every show they play, regardless of who they’re billed with." - NME

Within the music of Galaxians – the duo of Matt Woodward and Jed Skinner formed in 2012 – lies a powerfully hedonistic strain that does much to loop a thread through the party lineage of their hometown of Leeds. Coupled with the first impressions of what the pair loosely term their “pre-digital dance music”, you might not raise an eyebrow to find out that their cues are taken in-part from classic disco and house labels such as Sleeping Bag or Chicago’s TRAX, nor that their early EPs found homes across the Atlantic on the similarly-minded Dither Down in Brooklyn, and Atlanta’s Rotating Souls Records.

Previous 12”’s Galaxians and Personal Disco Component captured much of the lo-fi scuzziness that Galaxians have long-surrounded themselves with – as likely to pop up playing more punk-associated DIY spots like their hometown’s Wharf Chambers as they are in front of the heads at Beat-Herder or late-night with the likes of Horse Meat Disco and Auntie Flo. That raw playfulness in their sound still bubbles beneath the surface, but there’s a whole new fluidity to proceedings, a seamless flow between the rattle and strut of their analogue funk.