How Do U Feel 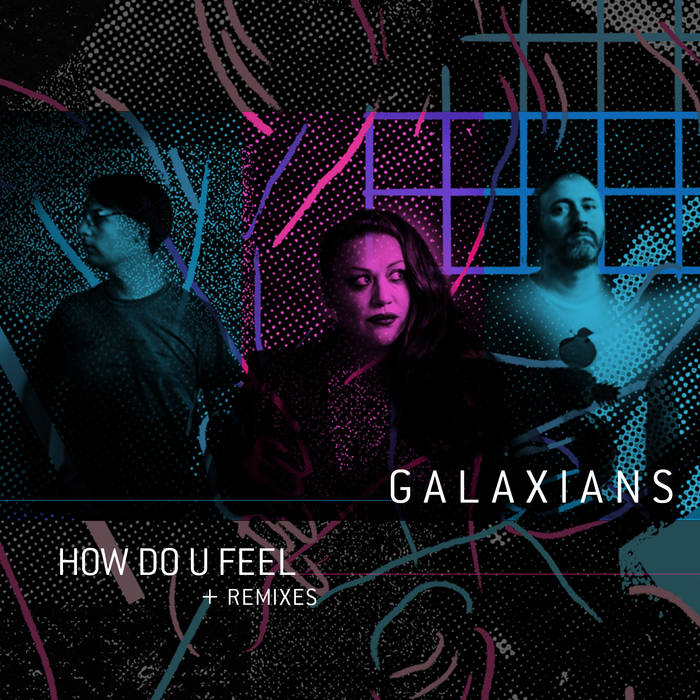 The beating pulse of Northern England club life, married with the thriving independence of the region’s best venues and spaces pushes its way through on Galaxians' debut LP, Let The Rhythm In. A sound steeped in Leeds' enduring disco and house heritage – with inspiration drawn from the all-day parties of the late 70s and early 80s, the disco that emerged from the fading Northern Soul movement of the early 80s and the resonant acid house era that boomed across both sides of the Pennines. On Let The Rhythm In, the trio retain their raw playfulness, but add a whole new fluidity, a seamless flow between the rattle and strut of their analogue funk. The eight tracks crackle and fizz with a bristling energy and all together it's a life-affirming listening experience.

The first single off LTRI is How Do You Feel, out 20 April on Dither Down Records. Full of the bristle, pulse and energy that the band's live performances have become well know for, the song’s soulful, muscular sound resonates with a raw playfulness. The addition of singer Emma Mason’s soaring vocal forges a path to a sound steeped in the tradition of New York disco and boogie heavyweights such as Inner Life, Gwen Guthrie, and producer/writer Leroy Burgess, while also being a thoroughly modern experience.

The single comes with the radio mix featured in the music video for How Do You Feel? as well as the extended Album version and features a beautiful cosmic Balearic House remix from Siren & Metro Area’s Darshan Jesrani, a late night House workout from Hazy James (Our Starry Universe) and a daring digital disco dub mix from Dither Down label co-founder DJ Chicus.